I lost my temper at a colleague during a meeting today, it was the first time since, I don’t even know when. I have had the occasional (private) teary outburst or pang of annoyance, and if we’re being honest, drawn out bouts of annoyance,… however an angry outburst really isn’t like me at all and the situation rattled me for the rest of the day.

So I thought I should turn this negative into a positive by reflecting on losing my temper at work, how to avoid it from happening next time and how I should have reacted instead.

How I lost my temper at work
The situation is that I’m a contributor on a very frustrating project, that has been kicking about for over a year now without much progress, leaving the business quite exposed. A large part of this is due to the product area leading the project; the two men involved being product managers with very little project management experience (nor desire to acquire any). They’ve been essentially lumped with this project as it is a compliance piece that relates solely to their product portfolio. All of the other contributors have tried numerous times to assist them with coordinating pre-implementation activities, however they lose interest, abandoning the agreed time frames at any sign of difficulty. It had gotten to the point of significant hand-holding, in an attempt to coordinate some outcomes from the area that was meant to be leading us.

So alas, I was sitting in this meeting with about 6 other stakeholder representatives discussing the bare minimum requirements that needed to be addressed before implementation could occur, when one of the men from this business area (who happens to be a friend of mine, mind you) begins accusing the group for ‘holding the project back‘ and ‘not doing what they were told’ and ‘time wasting on non-essential elements’. To him, non-essential elements included having communications signed off by legal, a database specced and built, undertaking consultation with the party who would be impacted, basically, everything that was required to support project implementation, flying in the face of any planning and risk management principles.

I couldn’t quite fathom the ignorance of these statements, saw red and rebutted him quite vigorously. To which he turned to me and retorted ‘If you care so much, why don’t you do it all then?‘.  I couldn’t quite believe this and angrily replied ‘Are you suggesting that anybody who cares about the success of this project has to do your job?!‘ What continued was quite the heated exchange and I began to feel the other 6 pairs of eyes in the room locking on us.  As I took a sip from my coffee cup, I could see my hand visibly shaking. 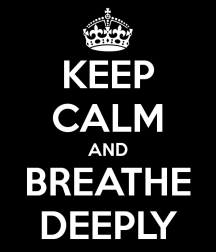 Luckily somebody else chimed in and diffused the situation. It took me quite a while after the meeting for the adrenalin to fade and then a somewhat irrational guilt began to set in. I stood by my points, but I berated myself more than anything, for losing control physiologically. I also felt slightly conflicted because I usually have a friendly relationship (outside of the project) with the person I lost my temper at. I later asked one of the meeting participants if I had been out of line. He replied that he understood where I was coming from, and had he been a few years younger, he would have reacted the same way. Uh oh. That’s never a good sign.

How I could avoid losing my temper next time
As I mentioned, this type of reaction at work is well out of character for me. But at least now that I know that I am capable of it, I can mitigate the chance of it ever happening again.

How I should have handled it

Thankfully, I wasn’t rude, I didn’t yell and I still believed in what I had said after the anger had dissipated.

However, I should have coolly and calmly rebutted his points. Even better, I should have sweetly asked him a series of seemingly innocent questions in order to lead him to the conclusion that I wanted him to arrive at.

I learned this from a GM at a previous workplace who had developed quite the poker face having attended many mediation conferences. Regardless of the fact that I still stand by my points, they would have been much more effective had I not clearly lost my cool. Although I do think there is a time and place to display passion at work, it must be controlled.

If need be, I should have then escalated the matter in writing to his Manager and their group Risk & Planning Manager, who I’m on good terms with. This is exactly what I did later on in the day, but of course, I couldn’t reverse my initial reaction which still played on my mind.

I’m still not sure whether I’ll apologise, as the source of my regret is rather at my own physiological reaction rather than how I actually treated this person…is this a poor excuse? Perhaps. Hey, I never said I was perfect! This may make for some awkward elevator rides, we’ll just have to see how that goes.

For more workplace etiquette posts, check out this section of my blog.