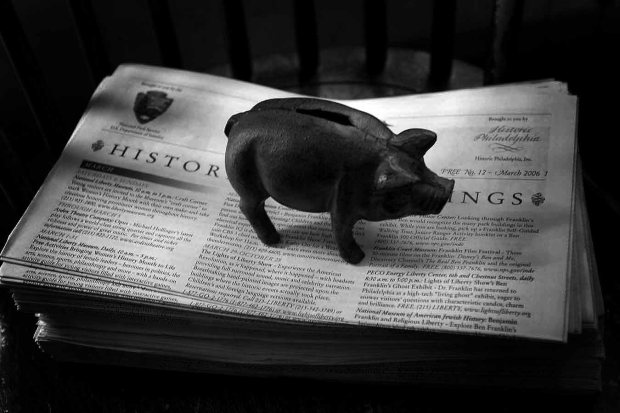 Although I don’t believe in ‘keeping up with the Jones”, now and then I do like to compare how I am tracking financially to the average Australian, whether it is salary wise, savings or spending. It helps to give me perspective and motivation and is an interesting benchmarking exercise. So here are some average balances I have compiled, to help Gen Y Australians see how they’re tracking. I’ve compiled the balances from several sources, since they all differ due to the underlying assumptions, inclusions or exclusions in the data.  The numbers I have included cover averages Australia wide, in addition to breakdowns by age.

The ABS says the average full-time wage is $74,724 before tax (Source: News.com.au).  Average household incomes have been pegged at $145,400 as at September 2014 according to the Australian Bureau of Statistics (Source: Business Insider).  Alternatively, as at July 2015, Trading Economics cites the average pre-tax wage in Australia as $1,128.70 which is $58,692 annually.

For a lone person under 35, the average spend per week was $869. Couples under 35 spent $1,429 per week whereas couples with kids under the age of 5 spent $1,484 per week (Source: Moneysmart).  Interestingly, this report shows children are not overly costly in the first 5 years, however it doesn’t consider the loss of income from one parent. As at 2010, Moneysmart published the following weekly breakdown of average Australian spending. Does it stack up similarly to your biggest cost of living expenses?

The average credit card balance in Australia is around $3,200, and the average balance which is accruing interest is a little over $2,000. More than a third of Aussies pay back their balance before the expiry of the interest free period and therefore pay very little for the use of the card (Source: The Age). A RateCity report shows 42% of young people under the age of 24 have between $10,000 and $30,000 of personal debt, not including a mortgage. 34% of people under the age of 34 had applied for a credit card online in the first half of 2014. This is a disturbing quote from the article; “More than half (56%) of Generation Y’s with a credit card have never had a $0 balance on their credit card in the last year, and 63% are not aware what interest rate they are paying”.

When it comes to buying homes, a report by realestateview.com.au has found 57% of first home buyers are now in their 30s or 40s (Source: ABC News). “So what we used to see was first timers would be somewhere between the age of 20 and 30 years old, but certainly our research has shown over half of them are now aged between 30 and 49 years old.” RFI’s Australian Mortgage Council data found the average age of a first-home buyer has crept up from 31 in 2009 to 34 in 2013 (Source: News.com.au). ABS figures in 2011 reveal that the average Australian household with a mortgage paid $1,800 a month in mortgage repayments, up from $1,300 five years earlier. Figures by mortgage broking company Australian Finance Group, shows that the average size of new mortgages in December 2014 was $444,000 (Source: News.com.au).

As at 2011, the average debt under the Higher Education Loan Program is $13,288, with male students averaging $14,316 and female students $12,597, according to data from the Tax Office (Source: Daily Telegraph). A Curtin University report notes that under current arrangements, HECS-HELP debt is typically between $10,000 and $30,000 for a three year bachelor degree, with average HELP debt (all HELP loans including HECS) equal to $16,800 in 2013-14.

I recommend using a few of the superannuation projection tools available online. Whilst they shouldn’t be taken as gospel, they are very useful for assessing how you are tracking (even at this age) towards retirement. If you aren’t saving or contributing enough, now is the time to start squirreling a little away, in order to make the most of compound interest. This article in the Sydney Morning Herald painted a compelling picture of how compound interest can work for you; “If you are 20 years old, every dollar you save today will be worth $21.30 by the time you are 65 (and that’s adjusted for historical inflation). If you’re 30, each dollar saved today will be worth $10.63 by age 65.” Amazing!

So, how are you tracking? Do you aim to achieve the average or have you got a different approach altogether?