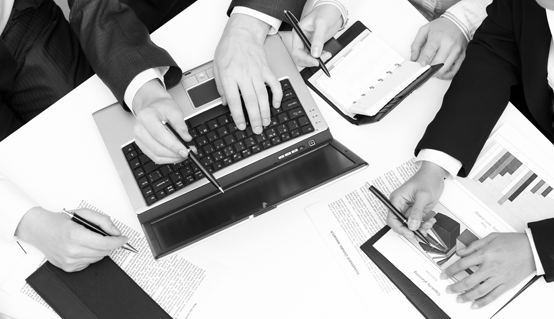 My tax return has never been anything special. I vary between owing $500 to the Australian Tax Office (ATO) or having $500 credited to me, meaning that generally my employer has withheld the right amount of tax and I haven’t had any major deductions.

I had always used HECS-HELP (a loan scheme to help eligible Commonwealth supported students to pay their student contribution amounts through a loan or upfront discounts) to pay my university fees, which is not deductible for tax purposes regardless of whether you pay upfront or not. Therefore, I foolishly assumed that my MBA fees were also not tax deductible. Luckily, a friend of mine set me straight over dinner recently.

Because my MBA fees are covered by FEE-HELP rather than HECS-HELP (I have blogged about the difference here), they are eligible to be claimed as self-education expenses provided that the following criteria is met:

The course must have a sufficient connection to my current employment and:

You cannot claim a deduction for self-education expenses for a course that does not have a sufficient connection to your current employment even though it might be generally related to it, or enables you to get new employment. Provided the sufficient connection is established, deductions that can be claimed include accommodation and meals (if away from home overnight), computer consumables, course fees, equipment repairs, fares, home office running costs, internet usage, postage, stationery, textbooks, student union fees, etc.

My MBA fees for the FY2015 year were $35,000. As you can imagine, this made an extreme difference to my tax return. I went from owing the ATO around $600 to being entitled to a tax return of $17,000! I am weary however, that because this is a dramatic difference from my prior tax returns and the deduction was quite large, it will most likely be flagged by the ATO. I will need to be prepared to justify how the MBA was sufficiently connected to my current employment at the time of the expenses being incurred. My tax return was processed quickly, without a review, and the funds are already in my bank account. This doesn’t mean that I won’t be audited later on though.

Those looking to claim deductions for self-education expenses should read the ATO’s tax ruling in relation to the matter. As this financial year, I will be employed as a Lawyer, I will need to research whether there is a sufficient connection between the MBA studies and my employment.  So far, based on my very preliminary research,  I have found a case regarding a Lawyer claiming MBA fees for self-education discussed here. Generally, there are a number of cases that have been heard at the Administrative Appeals Tribunal (AAT) concerning claiming MBA course fees as self-education deductions including:

If you are uncertain whether your deductions will be accepted by the ATO, you could apply for a private tax ruling before lodging your tax return. This is something I will consider next year when lodging my FY2016 tax return.